Starting in the Palestrina Choir under the direction of Ms. Orla Barry, Conor became a regular performer in Dublin’s National Concert Hall, and a soloist in prestigious venues worldwide. Conor then join 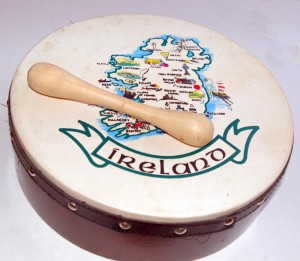 ed the esteemed Piccolo Lasso and with Ms Aisling Byrne as his vocal trainer, Conor won several highly acclaimed Feis Ceoil competitions in Dublin’s RDS, all before the age of 12.

Conor attended Gonzaga College in Dublin and although music still played an important role in Conor’s life in the school, it took a backseat to his sporting ambitions. Having previously played Gaelic and Hurling for both school and local club Kilmacud Crokes, football for the local club Mount Merrion F.C, swimming and tennis for local clubs, Conor decided to concentrate on rugby while in secondary school and represented his school in the Leinster Junior Cup. While still in school, Conor performed the lead role in the schools Opera & Plays. With various other choirs, Conor has performed as a lead soloist to many audiences in Ireland and around the world.

Conor has preformed Irish music for many heads of state including the President of Ireland, he has been on TV on numerous occasions and took a lead whilst on BBC’s Songs of Praise.

Conor is also a very talented Irish Dancing Champion – he has studied and performed all across the world and is know for his revival of the traditional dance. He has thought extensive workshops in Ireland, the UK and Europe. He is a master of the old style Connemara Two step, a dying traditional dance and is actively reviving it.

In 2015, Conor was head hunted by the number 1 Irish Pub in the USA to run the pub and inject more Irish influence, through his expertise in hospitality, song and dance. He is regarded as an asset to the Irish community in the gulf south with his love for education and keeping the Irish traditions alive.

He performs regularly with Irish organisation including the LA Rhymers, New Orleans Quater Shanty Krewe and the Ancient order of Hibernians.

Conor can be found daily at The Irish  House on St Charles Avenue where he injects Irish traditions into the daily life of the community!